Ocean Outdoor conducted its annual Media Landscape Survey and the industry study shows that DOOH has the biggest growth potential over the next five years.

The Media Landscape Survey is an annual industry study done by Ocean Outdoor. This year Ocean conducted its survey in all the Nordic countries; Sweden, Norway, Denmark and Finland. Managers in Marketing, media agencies, specialists and decision makers were given the survey to assess the role of DOOH in the current media market.

Compared to Online Video (59,4%) and Mobile (51,6%) DOOH leads as the media channel with the biggest growth potential. With an average score on 68,2% Creativity was rated as the most crucial aspect for DOOH to improve compared to Flexibility (50,9%) and Cost (60,55%).

Furthermore the Danish study showed that media agencies and outdoor specialists ranked OOH and DOOH as the media channel that brings most creative opportunities, both channels with a score on 67,9%. Followed by Social Media (39,3%) and Online Video (25%). Media investments are perceived to increase in general and with the present situation as starting point (increase = avg. 81,8%). 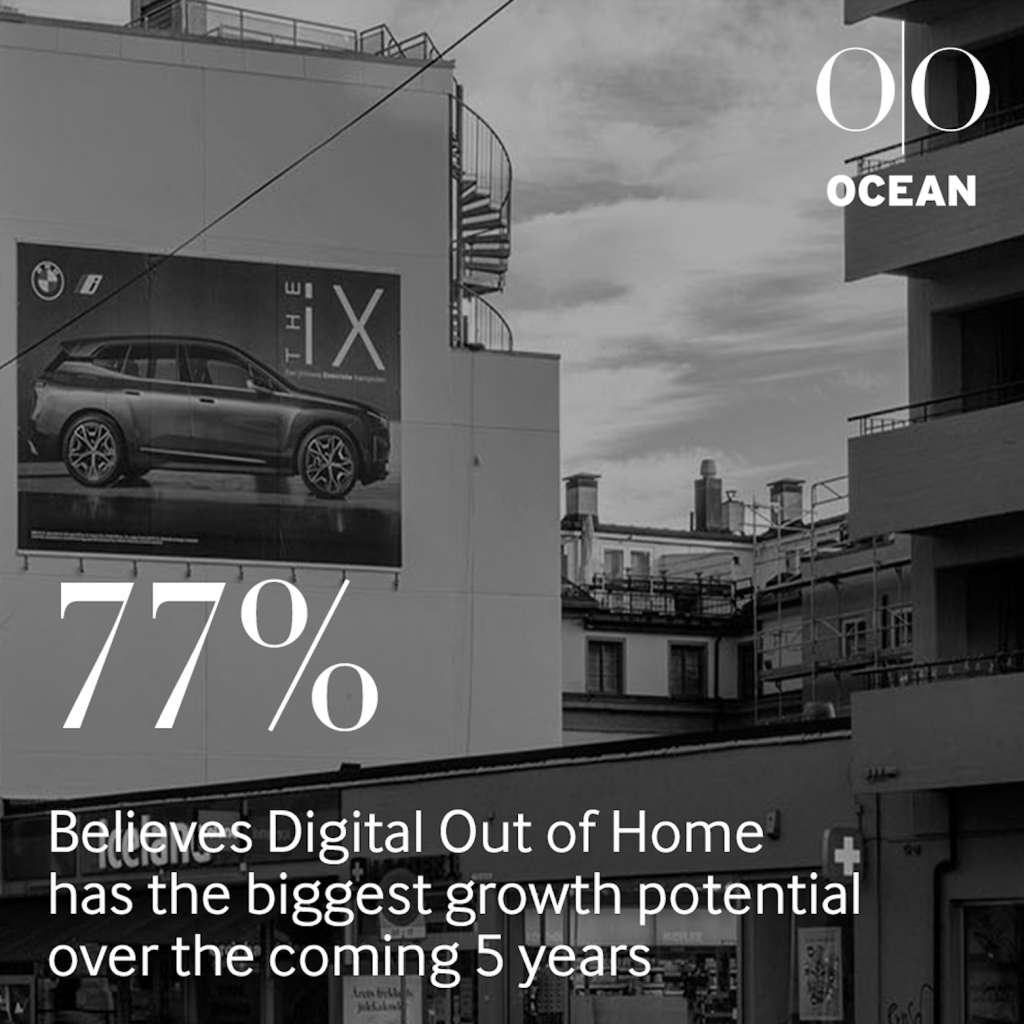